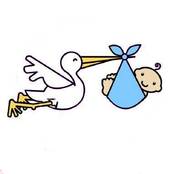 Here are diary extracts from a lifetime ago...

Ok, so today is our 12th anniversary.
12 years together and still unmarried. Oh we're engaged. We were engaged on our first anniversary. Back in High Wycombe, where we met at university, there was a pub called the Antelope where I drunkenly proposed during our anniversay pub lunch. Cannily enough, the jewellery shop directly opposite lured us in and we spent a drunken half-an-hour picking rings.
Finally, Sarah – well Becky in those days – settled on one. Resolute and positive. Absolute. Yes, there was another ring, but no, this was the one.
So I paid the £34 (or there abouts… they didn't do a student discount either) and the ring was kept to be resized.
Of course, within a hundred yards Becky changed her mind and we staggered back to college, lovestruck, giggling and slightly annoyed in turns.

12 years together. This year it'll be a nice takeaway in front of the telly with Sarah. I just have to remember to switch off from the annoyances of work and take a swim in the warm memories of our past. Or something soppy like that.
I do love the conversations and the clear winter skies out in the back garden staring at the stars. Buying our first home just as the world markets collapse makes no financial sense, but it has given us a solid and tangible base for the first time in our lives.

12 years is a long time to be unmarried, but to be honest, me and Sarah have only been living together half that time. Why are we not married yet? Sarah misses her mum still. Back in 2003 Elaine suddenly died and Sarah's life changed. Within six months, Sarah was living alone in Eastleigh while her father moved to Holyhead – to go find himself presumably. Six months later, I gave up my job at Argonaut and moved into Eastliegh too, into the rented house at 57 The Crescent.

Sarah had been ill before I moved in and just as she was starting a new life as the teacher she always wanted to be – encouraged by her mother I believe – Sarah was struck by a dymylatory attack. Go look it up, but basically it is Multiple Sclerosis. Sarah, the dyslexic crusader, suddenly had other shit to deal with.

And so did we. I pooled my possessions and sold them like mad on eBay. I called in a full favours. The government's tax credit system did give us some cover, now that our joint income was 11k – I dropped from 28k to be with Sarah. I clawed my way up to 14k at Iomo – at which point the government demanded a full refund. Sarah's dad donated £1500 or so – the 'wedding fund' apparently.

So we struggled and had our official wedding fund wiped out. Of course we'd been in trouble before – but my Argonaut job had wiped out Sarah's modest £2k debt over time and bought us that bloody Suki – the Suzuki Vitara that was costing us £1500 in bills thanks to those thieving bastards at the Vauxhall garage. And they didn't even fix the issue. And yes, popping up to see Auntie Pauline to grab a sofa set from cousin Judith and Ian cost us a futher £300 and 18 months of pain due to the hire van clipping a parked BMW at Watford services only to find out the van hire place had no insurance.

If stress and poverty are killers, we should be dead by now. Still Sarah got better – the one crystal memory in my minds eye that still makes me weep in joy, the moment in the hospital ward where the doctor was happy to announce Sarah was ok - … -  where was I?

So 12 years on. The thrill of our own nest and lots of unprotected sex to see if we can add to the occupants of our home. Three cats are fun, but we're mindful of time and time spent together and apart. Time makes you do funny things. And exciting and romantic things too.

Very odd reception when I got home on our anniversary night. Sarah seemed a bit quiet and in one pause I guessed the news. Me and Sarah have had late-period scares before. Sarah's never been regular anyway and, as a jinx, we always do the pregnancy test and the next day Sarah has her period. Guess this time we got caught out!

So the anniversary evening was full of nerves and just plain weird. But happy. Over the weekend, the quesiton of marriage did rise again, and we still may get secretly married just to make sure everything is in order. Then when baby comes along, they can be part of the celebrations – hey kid, it's a great opportunity to get presents from your in-laws, so don’t knock it.

Also, over the weekend, got a Will-making kit. It's quite disappointingly easy – not that we've gotten around to doing it yet. All part of us finally growing up.

Been surfing at work for pregnancy advice, and it turns out pretty much every woman is scared witless when it first happens, then becomes the world-expert after the first baby. Sarah has sneered at the diet no-go list given to her by the doctor last night. She does smoke and that will have to go, but nuts and shellfish too? Who makes up this crap.

Sarah has sworn me to secrecy, but has already blabbed to her mate Claire – four kids, the first at 17, the practical friend to talk to about it all. Apparently get some folic acid (done) and come the birth, don't let them give you the epidural early and squat on all-fours to push that bugger out quick so you can get back on with your life. I'm sure over the coming months there will be other theories bandied about.
And caroline has been told too. Sarah and Caroline are best buddies and caroline had a pregnancy scare herself a few months back. Rachel will get told this weekend when she pops up, but otherwise we are all keeping mum, until mid-march. Get past that first-trimester and apparently you can sing it from the rooftops.

Work is ramping up too – I'm in charge of this new project and am setting it up by myself, so am making some mistakes. But I don't care. Knowing I'll be a dad – due date is September 15th – gives me that perspective at last! It will help me focus on real things at last and stop me harping on about how Mr X or Ms Y is doing my head in (not that they are really, but you get the gist). Turn off. Start thinking about doing the house up, adjustin gyour finances to adapt to the baby and loss of Sarah's meagre income. And so on.

Still very happy and can't wait to say hello to you little person. A girl would be beautiful and an adorable princess. A boy would be strong and make me proud. Both at once would probably drive us mad, but we'll still be very much in love with you all.